An Everyday Mom's Guide to Fun, Food, Family and OK 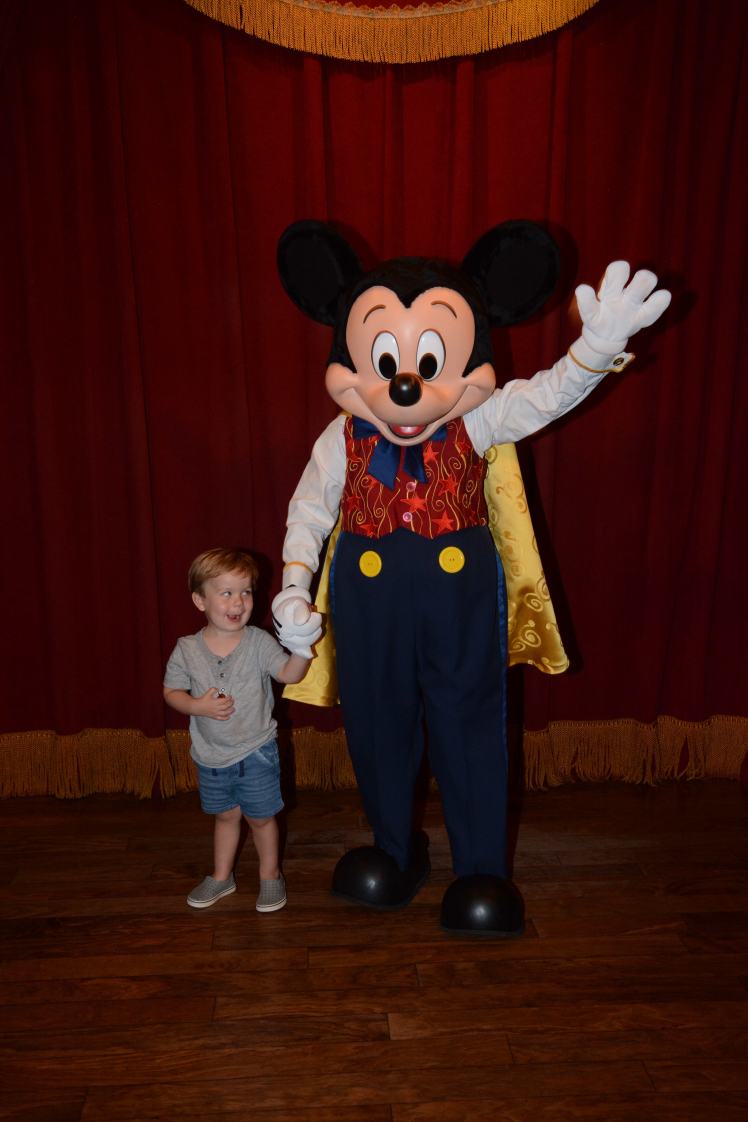 Continuing from my previous post about Disney with Toddlers, here are some more tips!

Traveling with a baby, or under 2 year old- William was 16 months when we traveled, and had just started walking- late walker! It really was so do-able!  He enjoyed looking at everything, napped on the go, and was able to do so much. 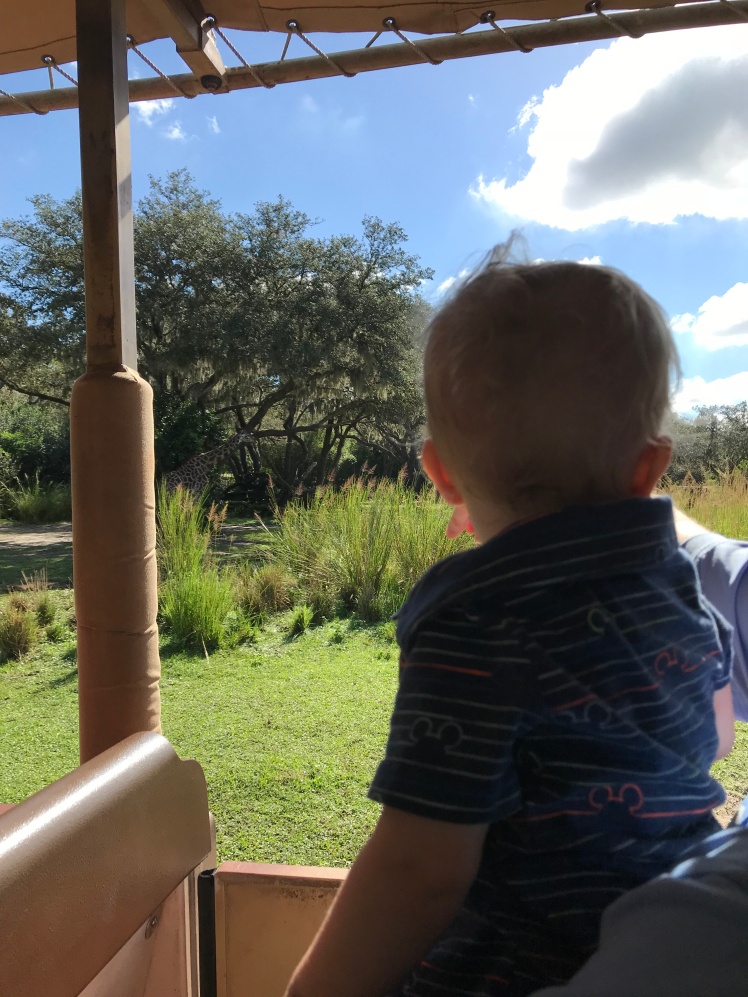 So here is some info- any ride without a height requirement means it’s okay for a baby to ride.  I wore William or he sat in our laps on many many rides.  Jack is 3, but a short kid for his age, so he wasn’t able to go on many rides that had a height requirement.  It was totally okay, and he had no idea what he was missing.  He had a blast on the rides he COULD do.  Here are our favorite rides for babies and short toddlers at all the parks.

Also, Character visits and shows are great things for babies and toddlers, and the air conditioning is a great break from the heat.

Other Tips- Get to the parks BEFORE they open.  Make sure to check park hours often, as they sometimes change.  One of my favorite mornings was when we arrived at Magic Kingdom before it opened (like an hour before), and were able to walk down Main Street with minimal crowds, and then gathered at the castle for the rope drop show.  It was so magical!  Everyone lined up at the ropes at each land (we lined up to get into fantasyland) and were able to get to Peter Pans Flight (we didn’t have a fastpass and for me, it was a must-do with the boys) where a line was just starting to form.   Make sure to check wait times often and you can get a pretty good idea of what rides you want a fastpass for- they can be reserved up to a month before your trip if you have already purchased your park tickets.

Purchase some toys/ snacks for use while waiting in line.  I brought Pez (a big hit!),  these Tegu magnetic block sets, as well as some trains and cars for William.  Play-Doh also goes a longggg way with Jack, and he can be entertained with it for a long time.

Toy Story Land at Hollywood Studios gets insanely crowded.  There is a pretty narrow path between all the attractions and it can get crowded as the day goes on.  Go very early in the morning, especially if you want to see characters like Woody and Buzz.  Seeing Buzz was a highlight of our trip (#boymom). 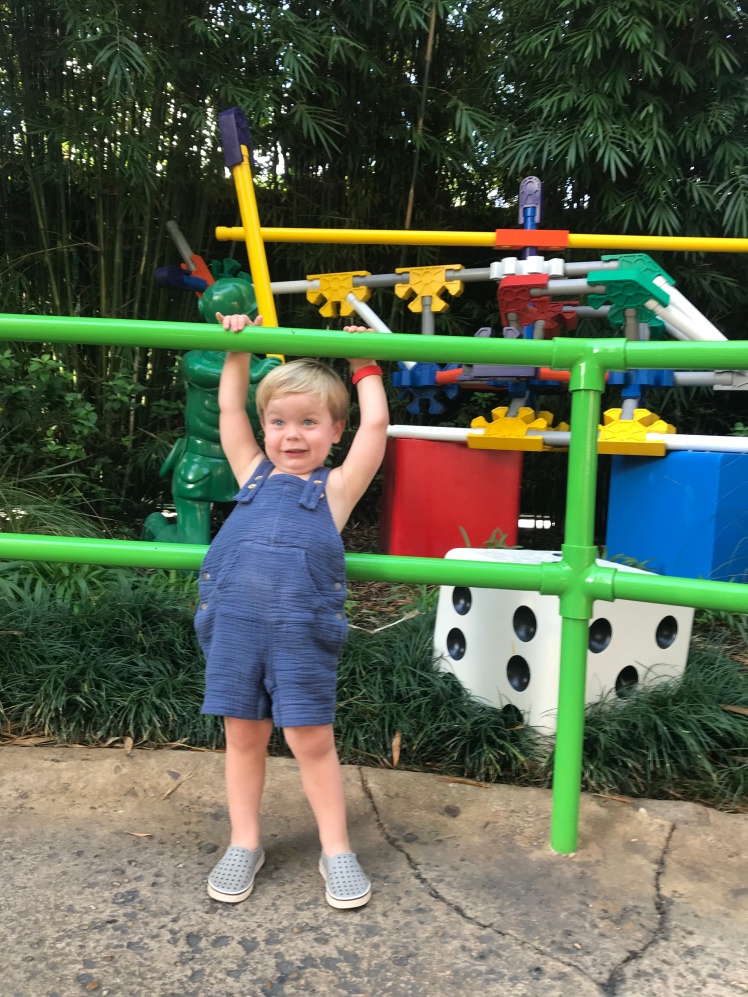 Lower expectations, while also having a plan (ha).  Make a loose plan that you intend to follow each day so that you can make sure you get to see everything you want, but also be prepared that sometimes things happen and it may not work out, and be okay with it.  Make a list of 3 things you must do or see each day, and make sure you get those done.  Then be flexible and go with the flow.  Jeff and I laughed because we saw so many families/parents fighting and we totally understood.  While it’s the happiest place on earth, it’s also extremely stressful dealing with the heat, crowds and expectations, plus it’s an expensive place and people want to make sure they do EVERYTHING because they might not be back for awhile!  We totally got that, but it’s important to also enjoy your time as a family and isn’t it the best when you get to witness your kids having a good time?!  Just try to enjoy it, because it truly is magical!

Boymom Tips-  I get it, Disney World is kind of a #girlmom haven.  Princesses, Princess dining reservations, and Bibbidi Bobbidi Boutique don’t offer too much in the way of “little boy fun”. At times it can be kind of frustrating, but we were able to find many things for our boys to enjoy.  Again, we loved Art of Animation for the Cars area.  Hollywood Studios IS WHERE IT’S AT if your boys are into Toy Story- Toy Story Land is adorable, and offered character meet and greets for Woody, Buzz and Jessie.  There are also a few Star Wars attractions at Hollywood Studios if your little guys are into that.  My boys had a blast at Animal Kingdom, especially William who is an animal lover.  He loved Kilimanjaro Safaris. 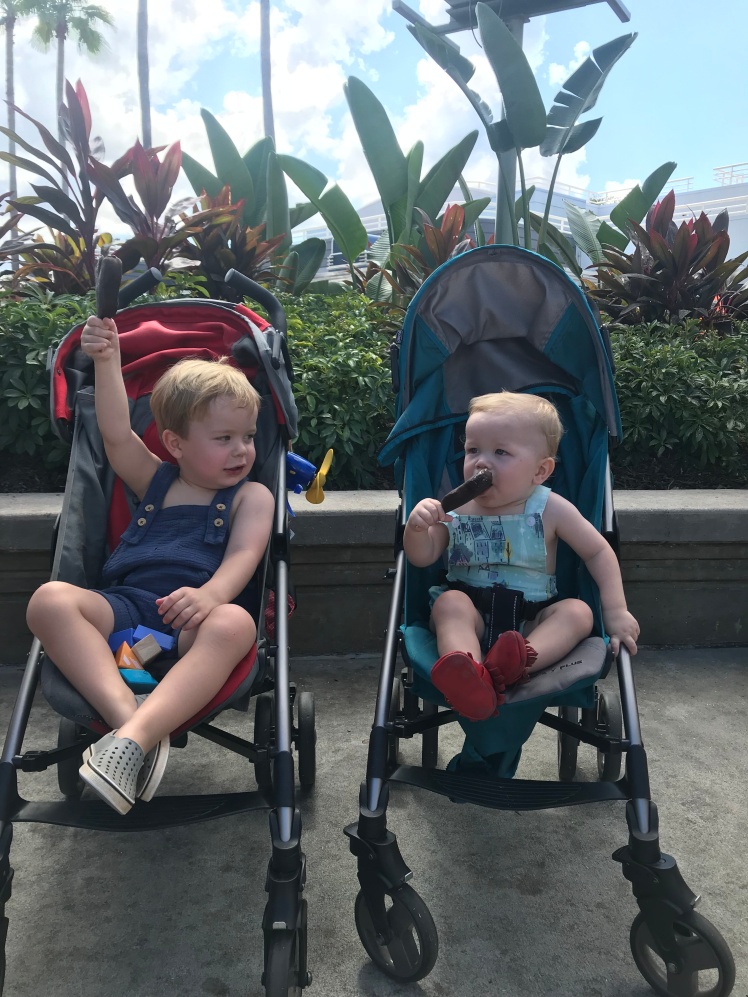 One thought on “Disney with Two Toddlers- Part 2”